Problem Solving in the Community– A Teen’s Prescription for Success 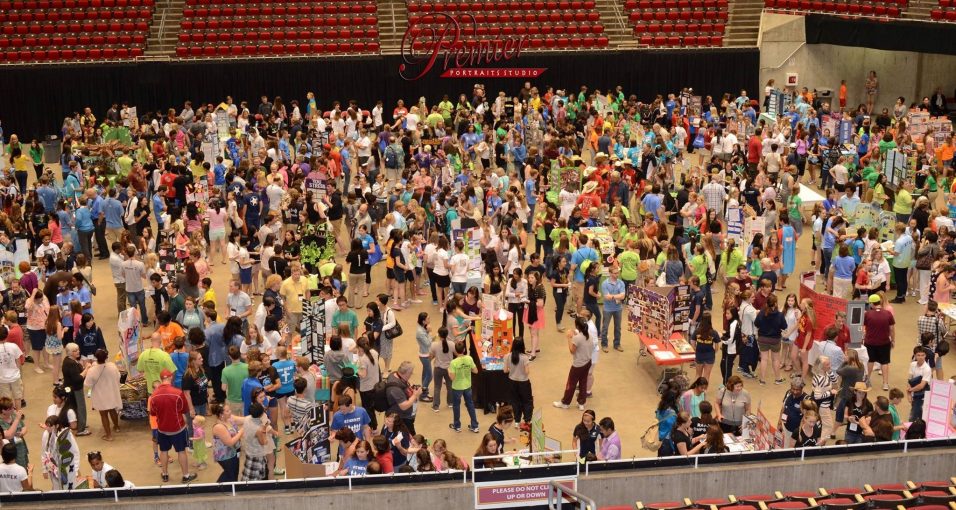 How can the problems of a global community be solved? Who is brave enough to tackle the problems of children being ripped from abusive homes with only a black garbage bag and five minutes to grab what they can? Who will tackle the homeless population that lives under the bridges in their hometown? Who will tackle the growing problem of opioid addiction in the United States? Evidently, we adults have not successfully addressed these problems. However, Community Problem Solvers from around the world are not afraid to go where adults have feared to tread. Together, they tackle these problems daily in communities globally with amazing results.

Meaningful leadership can result in positive change – especially in the lives of teens. Teams in 37 states and 14 nations are making positive changes in their communities through critical thinking opportunities provided by the Community Problem Solving (CmPS) component of Future Problem Solving Program International (FPSPI). This program provides the tools and strategies students need to face the challenges of today and of the future. What better way to prepare students for their potential futures than teaching them to think systematically about problematic situations, to gather information, to understand the situation, and to evaluate multiple solution ideas in order to best address the situation?

Mahwah High School students in New Jersey are one representative of these global problem solvers. Their project along with approximately 100 other individual and team projects were showcased at the 2018 International Conference of Future Problem Solving. They chose not to accept the fatalistic idea that the problems of opioid addiction cannot be solved. As far as they were concerned, it was their task to solve problems that adults only talked about. They were tired of the rhetoric and wanted action now – not at some time in some distant future. The result of their determination became a project that addressed opioid addiction in New Jersey – Project KNO-pioid.

Excerpts of their project report; “As high school students, we all know of someone – whether personally, or through a friend or family member – who has succumbed to the ever-present opioid epidemic. Bergen County, New Jersey – our home county – has been significantly negatively affected by the opioid epidemic. In 2016, there were 320 total drug overdoses, 98 of which were fatal. As of October 18, 2017, Bergen County has already exceeded the number of overdoses in 2016, by reaching 375, with 73 being fatal. According to the Mahwah Municipal Alliance, a local volunteer organization, two-thirds of the drug-related deaths in our state involve prescription drugs. This statistic is especially worrisome when considering the prevalence of opioid prescriptions among the population. We, in high school, see this prescription surge even at our age – namely after sports injuries, or wisdom tooth operations. People do not know that users can become addicted and ultimately overdose, or that they can even move on to more dangerous drugs, like heroin. Lastly, there is also a significant negative stigma that exists about people who abuse opioid prescriptions. Since it is a difficult subject to talk about, many conversations about these dangers are being avoided. Even worse, this stigma can lead to information not being received by the people who may need it the most.”

And most importantly, putting that plan into action to complete their goals and solve their community’s problems.

“Due to the fact that many people are unaware that using legitimate prescription opioids – such as oxycodone – can lead to addiction and use of illegal drugs – such as heroin – in what ways might we, the Community Problem Solving team of Mahwah High School, raise awareness of the potential dangers of using prescription opioid drugs, so that the Mahwah community can make wiser pain management decisions, now and in the future?”

As shown in their development of the Underlying Problem, they were able to identify one aspect of the immense opioid problem and chose a way to take action – through raising awareness. 4

Over the course of the year, these students were guided by a teacher/coach to implement solution ideas by achieving the following:

In addition to the documented action, the students reflected on their efforts. “Project Kno-pioid has done several things to create awareness about the opioid crisis in Bergen County, and New Jersey as a whole. We feel as though our project has had an immense impact on a community that was, for the most part, completely uneducated about the growing opioid crisis. We have utilized our timeline that has been effective in keeping us on track and setting the pace for the rest of the school year. Awareness has begun to manifest in the community, and it will only continue to grow as a direct result of our project, as well as other local organizations invested in creating awareness about the crisis. While accomplishing our solutions so far, we have tackled a few obstacles, with one being the heaviness of the topic of the opioid crisis. Because of the negative stigma associated with the opioid crisis, many people do not want to outwardly speak about it. We have had to be more vocal and open about the crisis and how prevalent it is in our community. Additionally, we have been reaching out to local doctors’ offices, but they have not been as responsive as we had hoped. We have only had one office respond back to us willing to display our pamphlet in their office, and are waiting for more responses from other offices.” This team of teens articulated successes and disappointments in their endeavors – all of which are experienced in real-world applications.

Project KNO-pioid is only one of the hundreds of projects created and implemented by students across the globe each year in the Future Problem Solving Program. Through CmPS students may find they have talents and abilities previously undiscovered. They learn communication skills that prove invaluable for the completion of their project, and indeed even into their futures.

In our current educational climate, the importance of project-based learning is being emphasized. Schools are responding by supplying service learning opportunities. However, Community Problem Solving moves service learning and project-based learning to the highest levels by applying critical think skills to the process. In a document prepared for coaches, teams, and evaluators, FPSPI defines the intricate differences between these learning opportunities.

Community Problem Solving and Community Service – Not the Same Thing!

“Community Problem Solving expands community service as participants apply their problem solving skills to current problems. By participating in the CmPS component and completing a CmPS project, students will have gone above and beyond the parameters of traditional community service projects. Students refine critical and creative thinking skills, focus on a student-identified need, and become actively engaged in solving the area of concern. As students plan, develop and implement the project’s goals, they will find they have provided an invaluable service. The impact of the project will reap immeasurable rewards to the people within the community who will benefit from the students’ actions.”

Students involved in the Community Problem Solving (CmPS) component of FPPSI learn powerful lessons about creating change, how to address local authorities and organizations, and make a positive impact for their community. Dr. Donald Treffinger points out that “application” is the final and most crucial step in the thinking process. That is, if the student can apply the problem-solving process to resolve a real-world problem, it should follow that motivation to learn will occur. (1993) Learning, and applying that learning to the problems faced in the local, regional, or global communities, are the goals of the Community Problem Solving component of FPSPI.

The future – that unknown world that beckons young and old alike – is unpredictable and always changing. Surrounded by “what ifs,” boundless opportunities, and desires to soar beyond the constraints of plans and programs – our teens need an approach to solve problems. They require an outlet to lead, an outlet to make a difference, and an outlet to impact their communities. A visionary educational leader, Dr. E. Paul Torrance, recognized this when he began the Future Problem Solving Program in 1974 with a small group of students from Athens, Georgia. Those students are now the educators, doctors, and lawyers that they dreamed of being so many years ago. Little did they know that their steps into the realms of thought would help Dr. Torrance develop a program that now includes young adults from all corners of the globe! Even though Dr. Torrance’s work occurred nearly 50 years ago, the benefits to students in their teenage years provide a framework of skills for leadership growth.

More information and how you can get started with Community Problem Solving can be found at www.fpspi.org.