Musguard, a Removable, Roll-able, Fender for your Bike 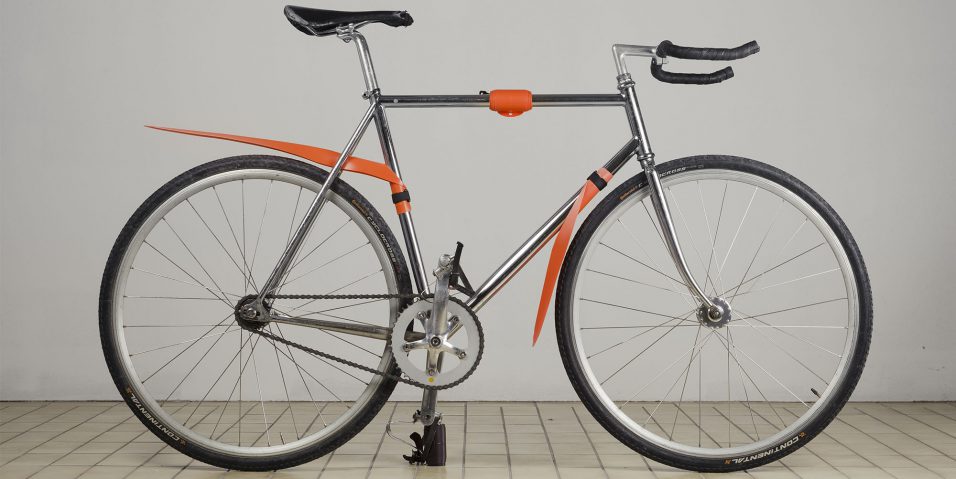 Have you ever been on a Florida bike ride, and next thing you know, it’s raining? Happens all the time now that we’re in our summer rainy season cycle. Well, I’ve found a perfect, light weight solution to that messy, wet tire-track on your backside. Musguard is a groovy, simple solution that stores easily, and can be installed in a jiffy.

Their site relates that Musguard is a brainchild of Jurij Lozić, a product design graduate from Ljubljana, Slovenia (EU). He says, “The concept behind Musguard is quite simple: I wanted a fender that would protect my back, would be removable, would pack small and most important: would suit the sleek, streamlined, light, clean, simple, minimal aesthetic of fixed gear bikes. Like a feather or a leaf.” 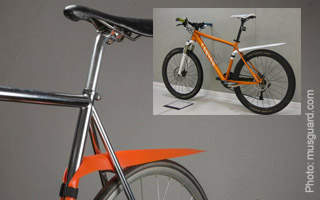 Can you buy a Musguard in stores? Not quite yet. Musguard is in final funding at KickStarter, and you can help them get started up! If you donate $25, they will send you one, and some stickers. Their pitch on Kickstarter? “Cover our back so we can cover yours!” Love it. We’ll post pix when we get ours.

If you’ve never heard of KickStarter, they are a way to get your idea funding. Like crowd-sourcing, lots of small investors help gauge a projects viability. If lots of people like your idea, it’s more likely that it’s a viable one.

Visit the Musguard Kickstarter site here, and get in on the action.

Here’s a fun article on Wired.com about Musguard.